Three Reasons Why You Aren’t Doing the Hard Things

It can be frustrating to have goals and desires within us (or ahead of us) but not follow through on the things we know we need to be doing — or at least THINK we should be doing.

When women come to me looking for strategies to grow their business or achieve their goals, more often than not, they know what they need to be doing it's rather just a matter of doing them. And there's really just a handful of reasons why doing those things feels so “hard”.

There's an attached belief to doing the hard thing

In doing THE THING(s) you know you need to be doing in order to move the needle in your life and in your business, there's most likely some sort of attached belief you have to the outcome of doing the hard thing. Whether that's doing a live video, launching your first program, or some sort of hairy scary new action, you've already predicted or assumed that on the other side of that action, you're probably going to fail. And in that failure comes judgement from others and exposure to self; i.e What if I fail? – or – What will others think of me?

Before you even set out to take action, you're already doubting yourself so it's causing you to stay where you're at.

So, instead, when you're wrestling with the idea of doing the things you need to do, ask yourself these questions;

Why am I afraid to do this?

What is the worst that can happen by doing this?

How will I feel when I've been successful at doing this?

it's just easier to do the alternative

In doing the THE THING(s) that you need to be doing in order to move the needle in your life and in your business, well — it's obvious — there are just so many OTHER things we could be doing that are just easier. When you naturally weigh the odds between option 1 and option 2 (when little discipline has been established) it's just a given that you are more likely to choose the easier (more safer) route. Watching TV instead of reading, sleeping in instead of going to the gym, drinking wine instead of meditating.

Our habits and routines (that have potentially been the same for decades) are difficult to break. And that's where we subconsciously like to stay because it's safer. And if we're being honest, there's very rarely any sort of instant gratification in doing the hard thing anyway.

Unfortunately, doing the hard thing doesn't always feel good, and more often than not, we don't see any sort of immediate results.

Using exercise as an example. There may be some immediate feelings of awesomeness after working out, but we won't meet our health and wellness goals after that ONE time of hitting the gym — or even after MONTHS. It's the culmination of doing them day in and day out over longer periods of time that ultimately gets us to where we want to be. Unfortunately, most people stop before they ever get to see that hard work come to fruition.

But in this space of understanding easy versus hard, we just need to own it and get honest with ourselves. Instead of placing so much emphasis on choosing hard versus easy, bring it to the forefront of your decision making, and recognize that you're making difficult choices.

There's no long term vision or WHY

In doing the THE THING(s) that you need to be doing in order to move the needle in your life and in your business, there has to be a longer term end in mind. When we're truckin' along, moving through the motions, just trying to get through the day, it can be really challenging to throw in a “hard thing” without any sort of understanding or awareness of WHY we are doing it in the first place. And by WHY, I don't mean that short-sighted outcome that you may have already named.

For example, morning routines are a huge buzz concept around here. While I wholeheartedly believe that starting off the day strong is MANDATORY, I know that this looks and feels differently for everyone. But women catch wind of the importance of a routine and immediately start trying to implement it without diving into why they want to do it in the first place.

For me, waking up before my family and having some quiet time to myself significantly increases the likelihood that I'm going to be calmer, more reasonable and so much more intentional as a mom, wife and professional. This benefit alone runs through my mind when my early morning alarm goes off and my warm, cozy bed is trying to suck me in.

It's really important to know the why behind your actions and how it fits into a longer term vision of who you want to be, how you want to show up and the things you want to achieve.

There it is. The three reasons why you most likely aren't doing the hard things to move the needle in your life and your business.

Did I miss one? Share below. Otherwise, use this to overcome those fears, doubts, and insecurities and start working toward your dream life today! 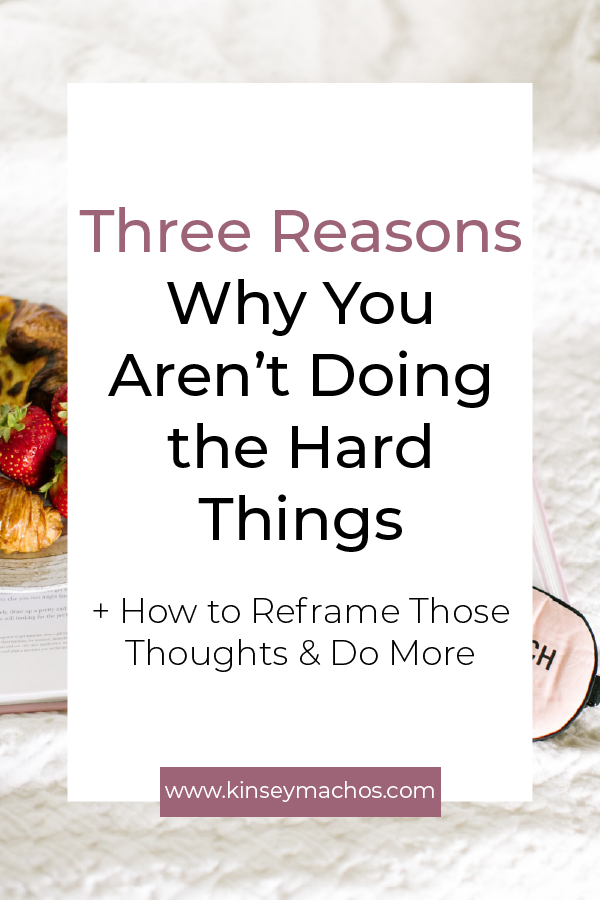 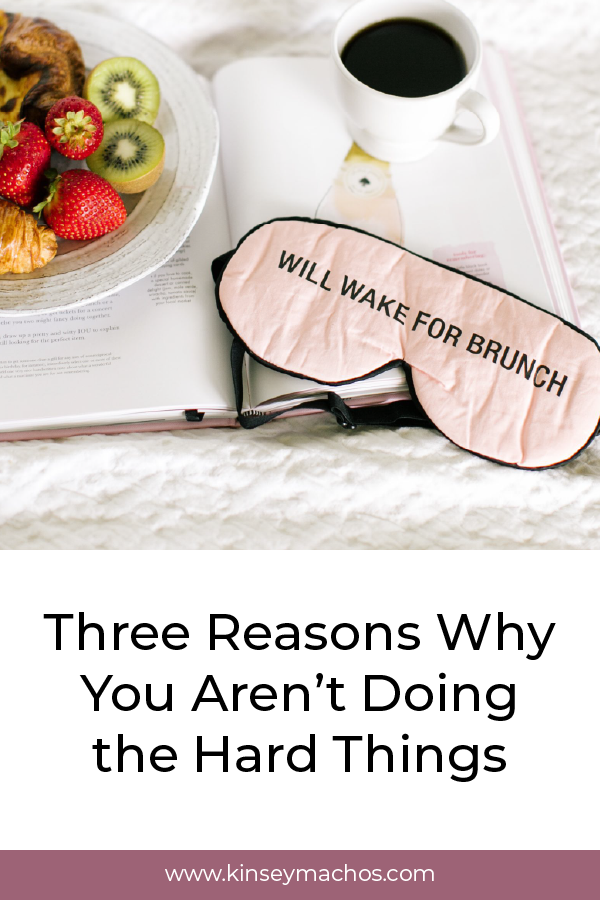